I would like to share my work experience at Kakaopage (Korea) as a developer. It is one of the top Software Companies in Korea and very good place to work as a developer (<– for TL;DRs)

Before talking about KakaoPage, let me give you some introduction about it. It is a subsidiary company of Kakao which is considered as one of the top and succeded companies in Korea. Kakao started as a chatting service company around 2010, their product named KakaoTalk. It is still number one messaging company in Korea and almost everyone who has a smartphone in Korea uses KakaoTalk. KakaoPage is a content service, where you can find webtoons, comics and VOD. They have applied very genius model of earning user and money, by providing a user a choice. Let’s say you choose some webtoon and start watching episodes. Either you watch one episode a day and watch another day or pay now and watch as much as you want. Right from that point, the quality of the webtoon becomes very important, because believe me if the content is good you will pay without noticing yourself. In some sense, it is fair because you are paying for the content you really desire to watch.

After passing online coding test there were two on-site interviews. First on-site interview was with a developers and TeamLead from the team where I had applied for. There were four interviewers, they introduced themselves and started talking in a very friendly manner. They asked all sorts of questions from my past experiences, and some of the interviewers were asking me other kinds of technical questions regarding the Backend.

On the second on-site interview there were three interviewers: Head of the department (Global Deparment), CTO and HR. CTO asked me about my past projects in previous companies. Head of Deparment asked me more about organizational stuffs, especially my opinion about Monolith and Microservices. HR guy boiled me with behavioral questions, but they were reasonable. Because one of the HR’s main task is to guard the company against obvious A… HOLES

Even though all interviews were in Korean, they allowed me to speak-out in English whenever I need it.

Internal environment of the company is very good. You can feel some professional designers put an effort to make it look good. Visually the company looks very bright. It was very bright all over the company, yeah they put some effort into lights too. 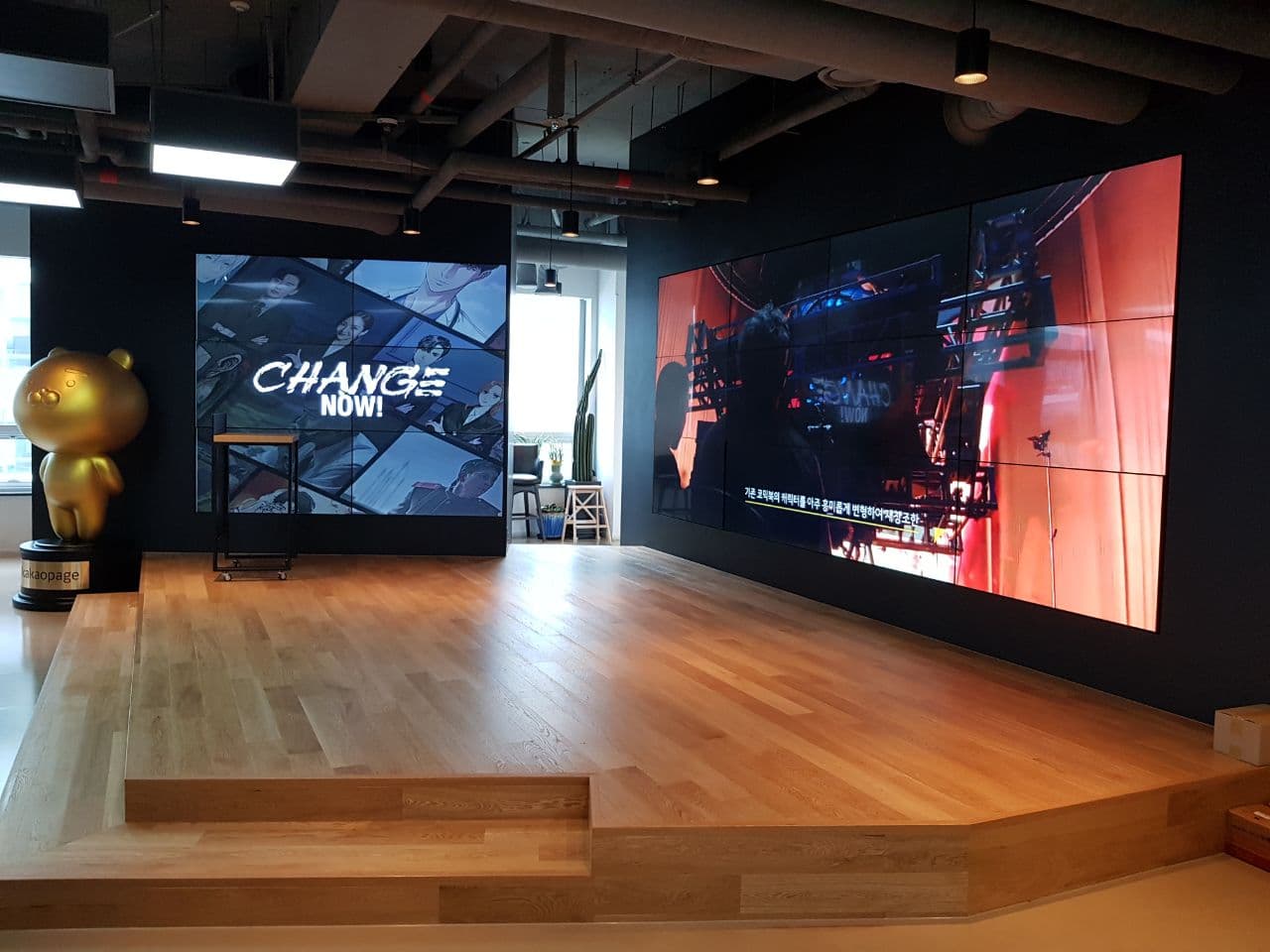 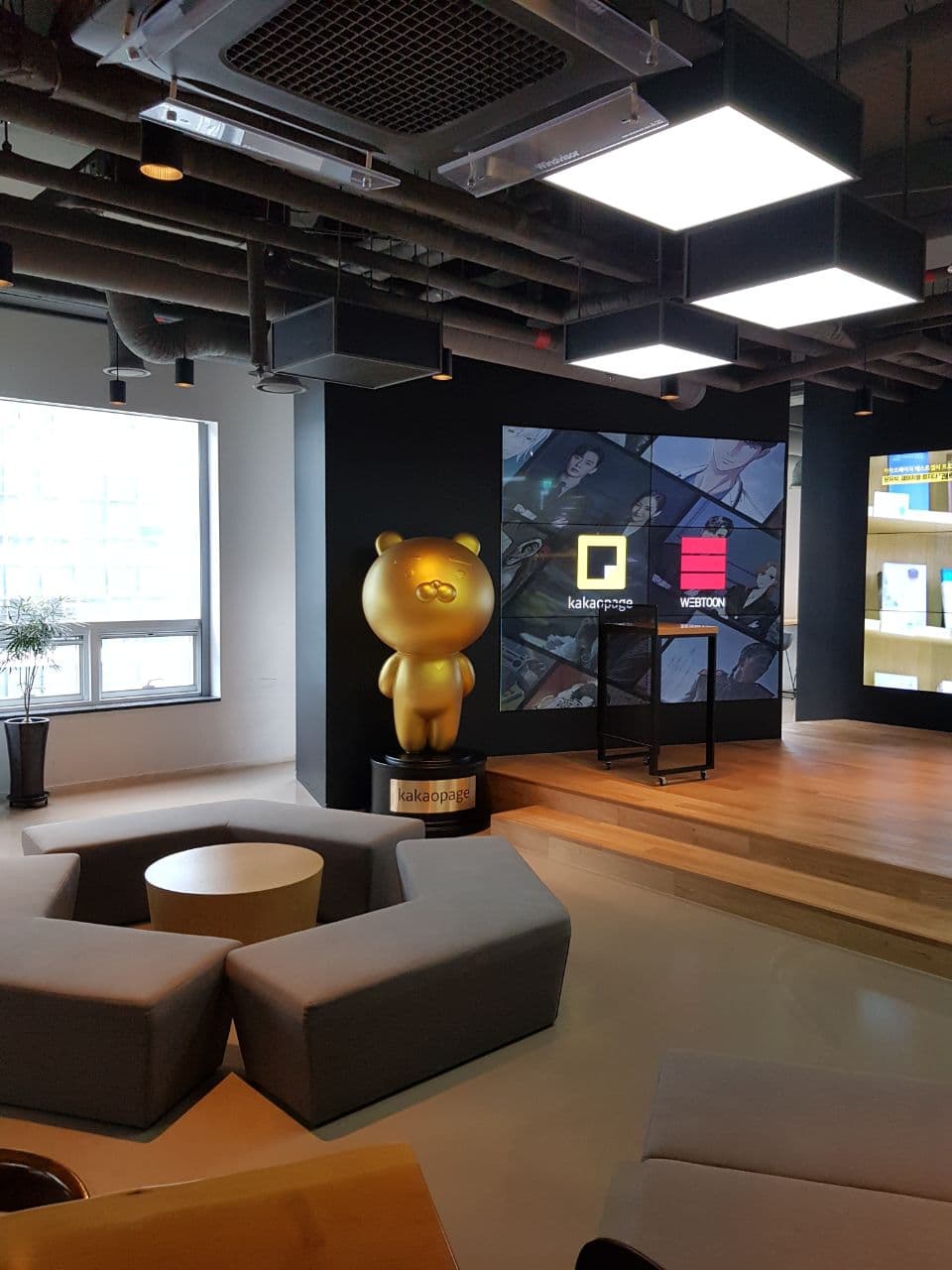 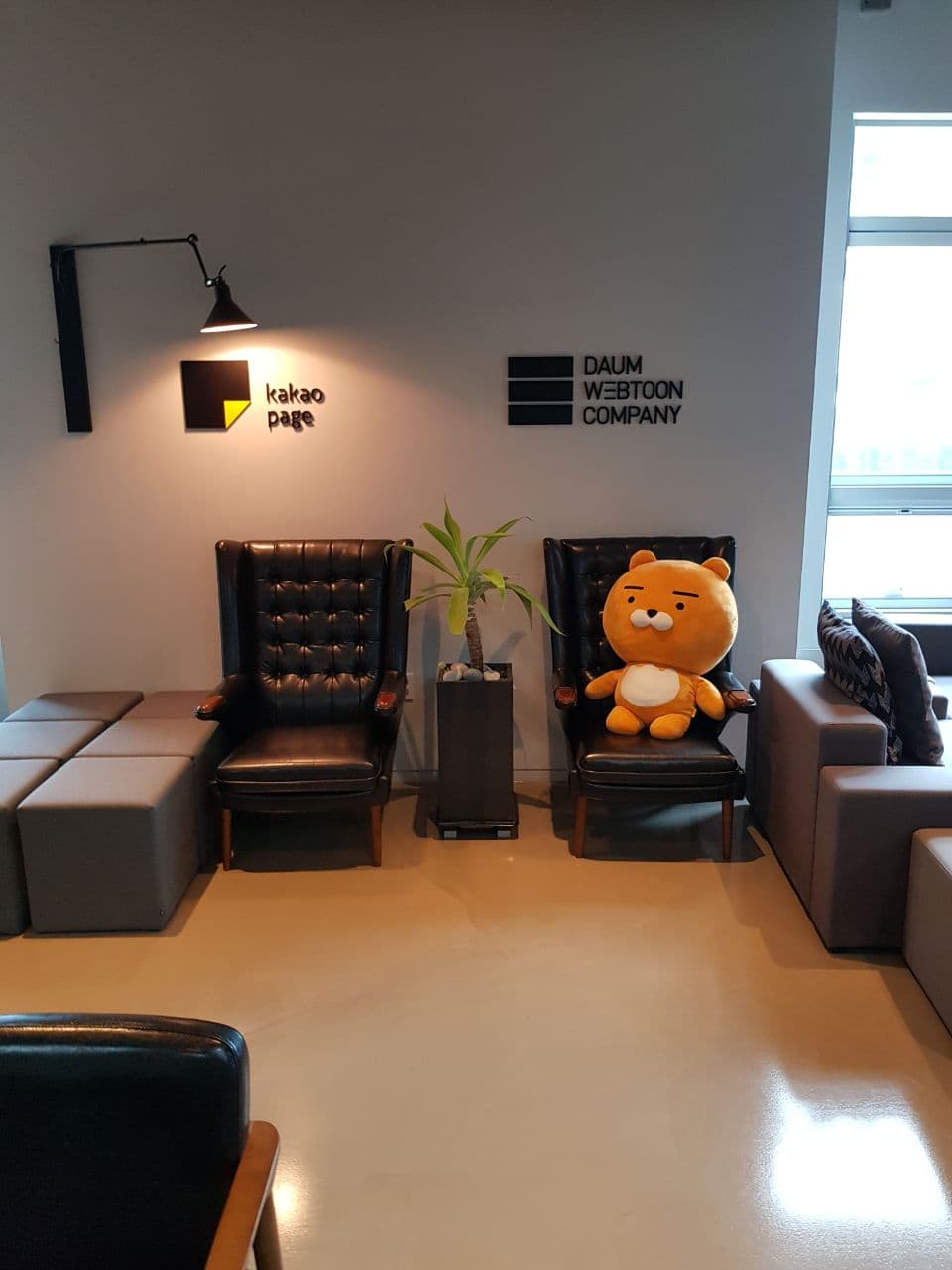 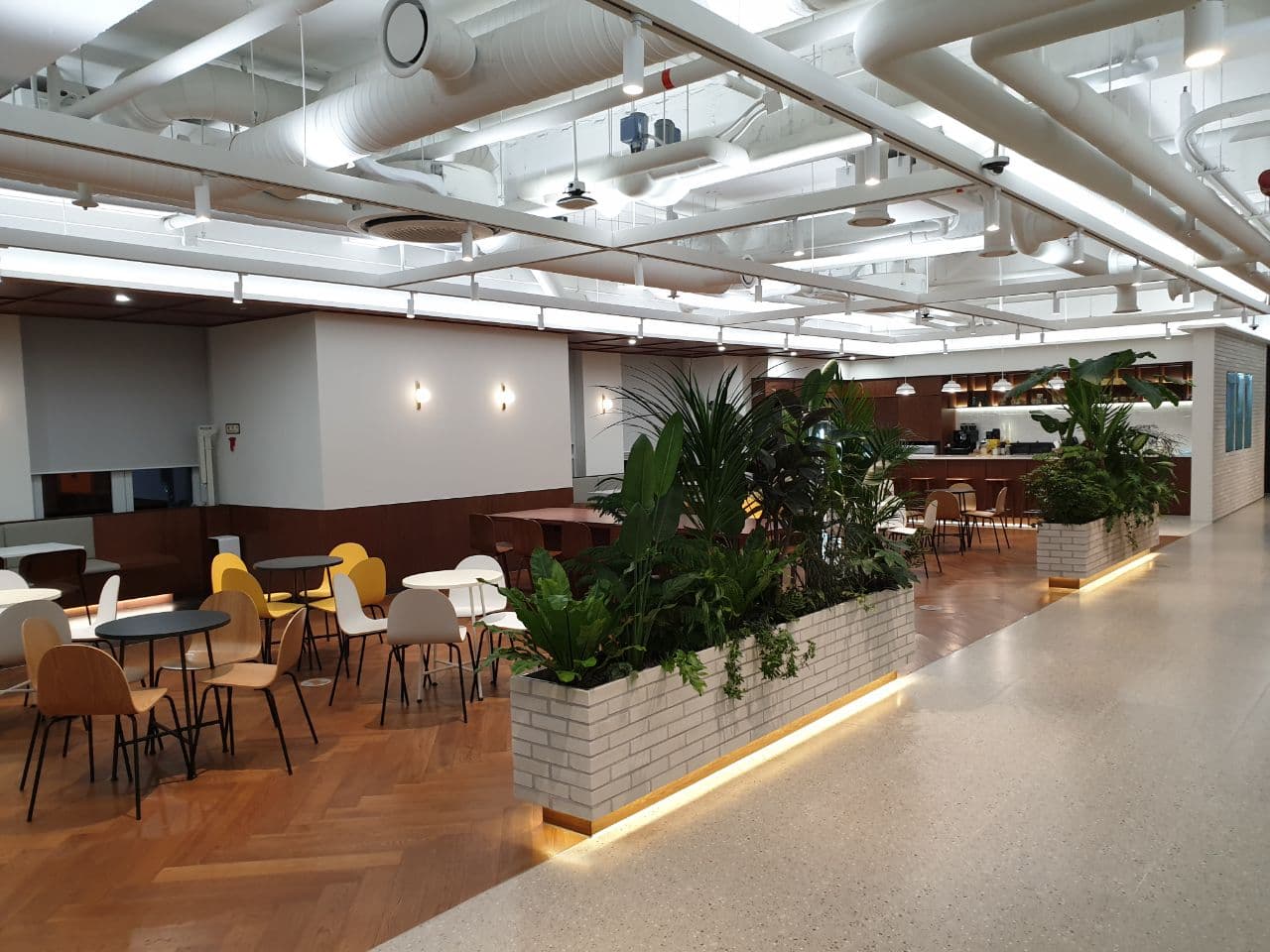 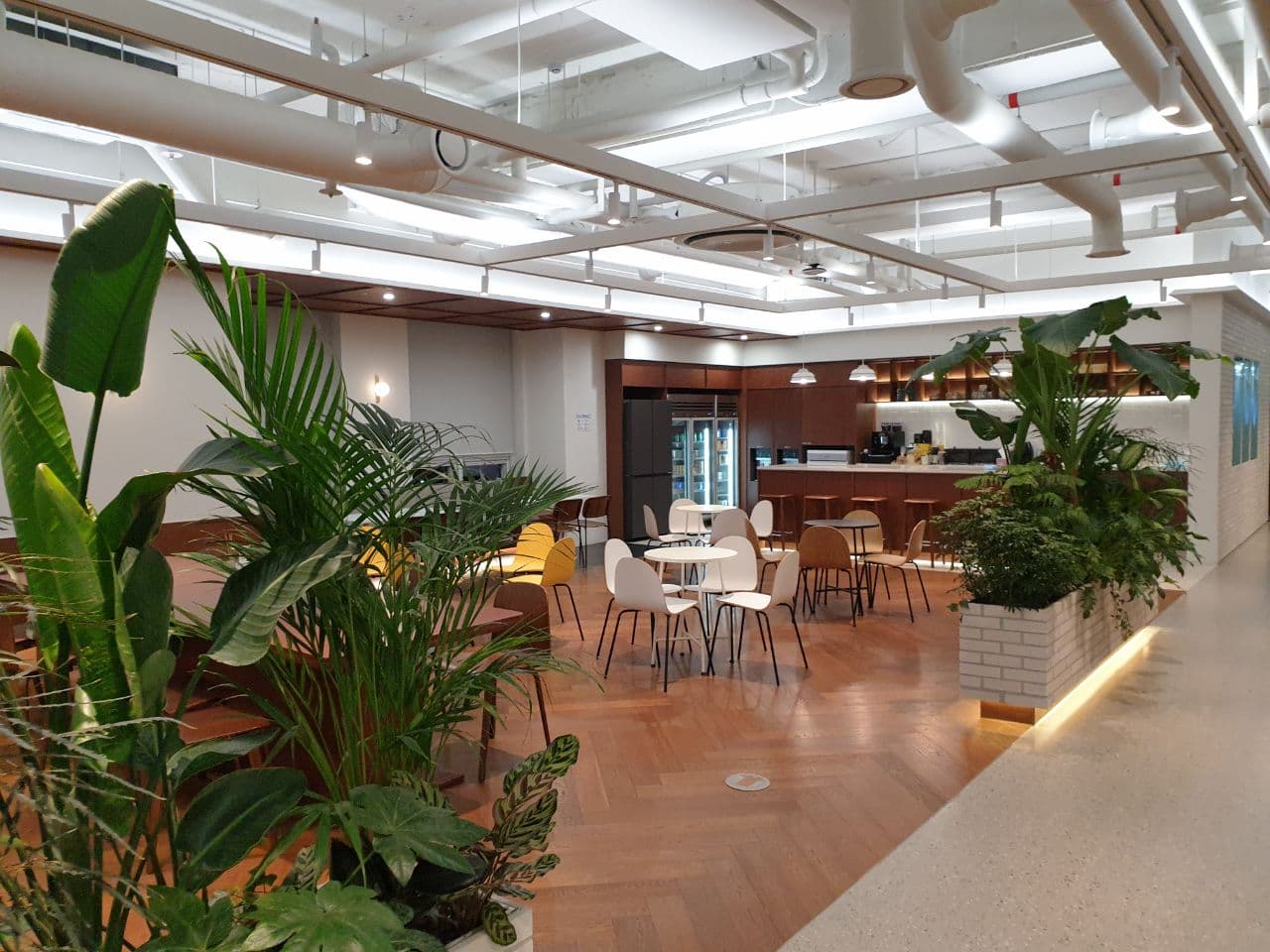 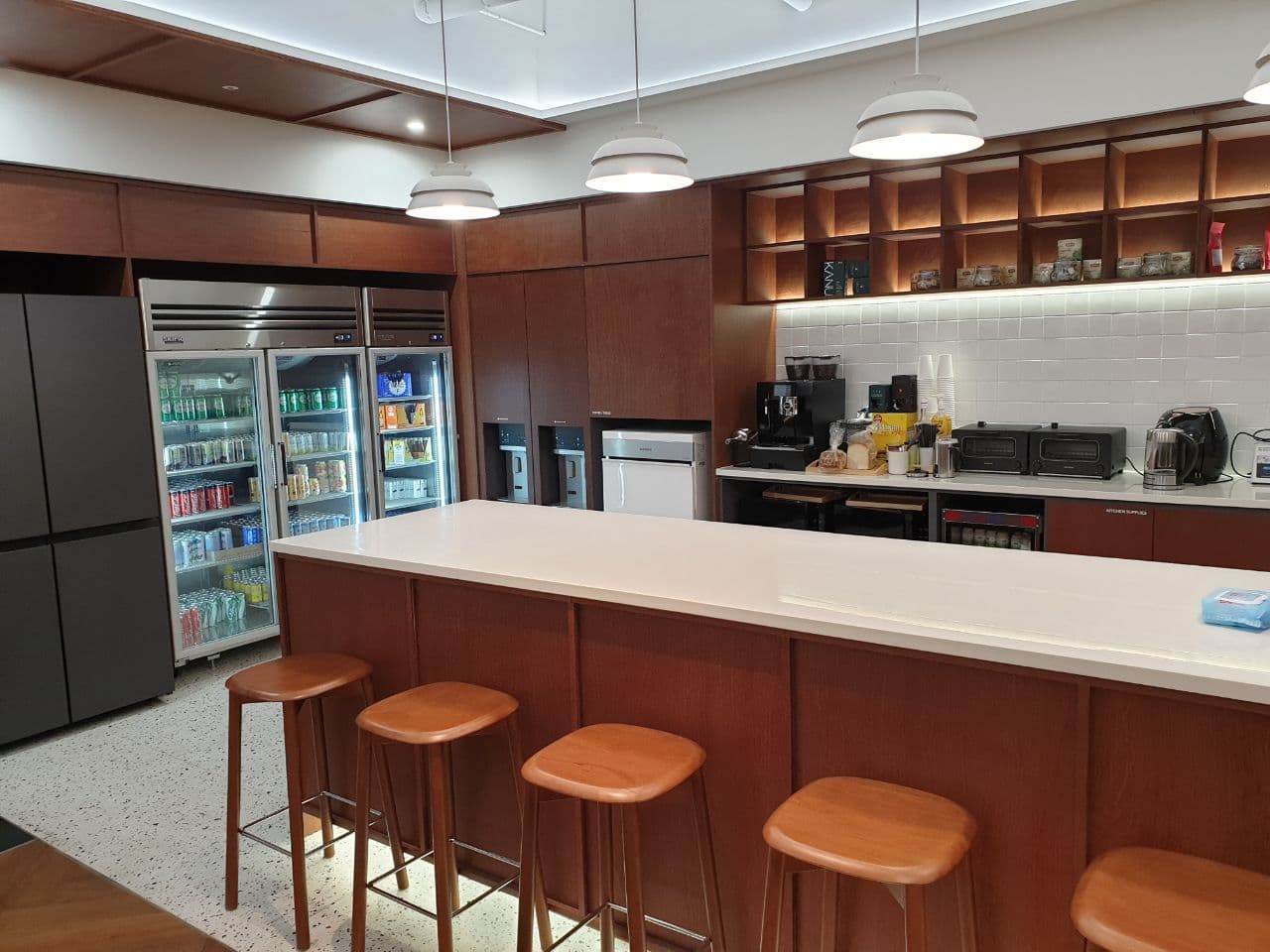 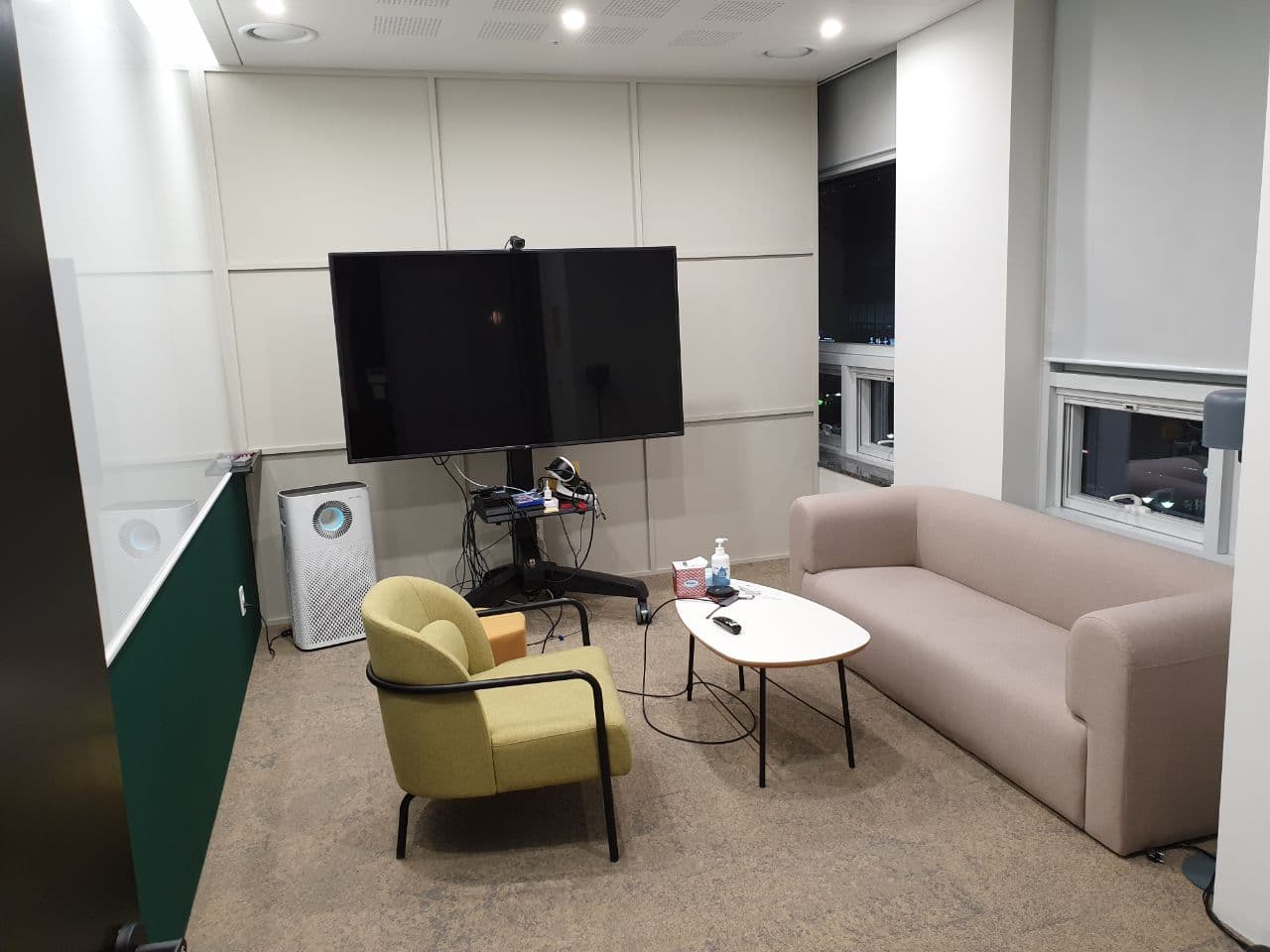 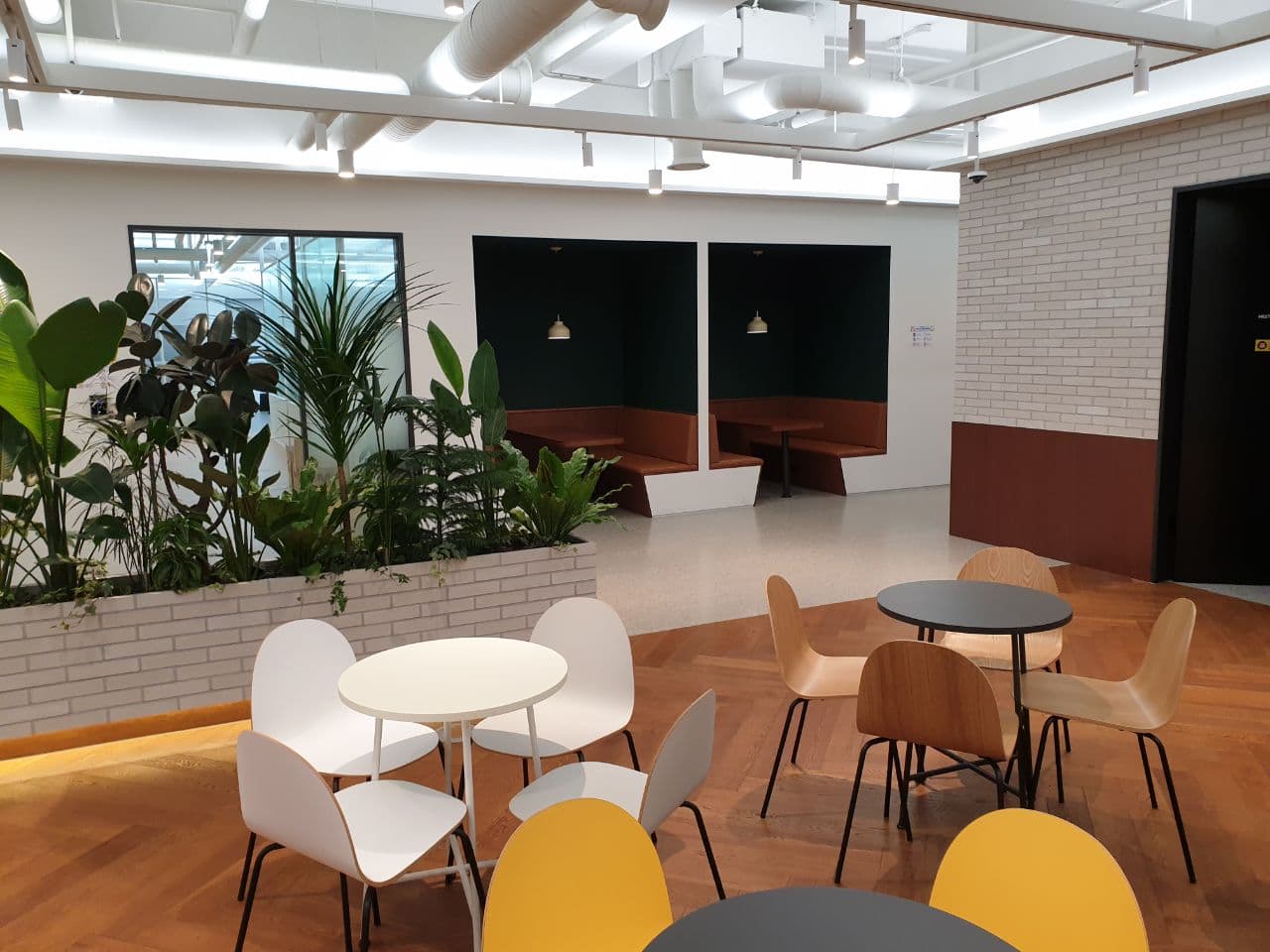 It is important to say that company provided the lunch and dinner money, and if you don’t use it this month it would accumulate for the next month. Almost nobody stayed, people would go home early or on time.

In addition, the working hours are flexible, only keep the core time (from 11am to 4pm). Other than that You can choose your working hours. Just make it sure it accumulates to required hours at the end of the month. I had no problem with that at all.

People around me were very kind, friendly and respectful. Kakaopage uses slack and most of the conversations would happen there. There were work groups where only work stuffs are discussed. Playground channels were for sharing anything about anything, that was very fun. Even though I didn’t share much but I could learn some good news from there.

Before the COVID-19 hit, there were gatherings to have a meal. In Korea they call it Hyeshik(회식), and here it was very much different from my previous companies. Usually in Korea if they call for hyeshik(회식), it means you gotta gather with your team mates and go for dining. But here in Kakaopage you had a freedom how you want to spend your Hyeshik(회식)money. There was a channel in a slack for Hyeshik(회식) and people would just gather and go for dining. So you could go to hyeshik(회식) with people you have never talked to and become close to them. That was a really unique experience I had and really never heard of any Korean company with such a culture.

Gender equality is also very much respected in this company. I heard some employee (man) tried to approach a woman in a non-manner disrespect way. Not sure what exactly happened there, but the HR commitee decided it was a sexual harassment and eliminated the guy from the company.

Once a year every employee had to complete an online courses on topics:

KakaoPage Office from Inside (only one floor)

I have been working at Global Kakaopage team, which had a projects that are oriented to launch the Kakaopage service in foreign countries. At the time of my arrival to Kakaopage they had launched the Kakaopage Indonesia service and during my stay, I was part of the team that developed additional features and kept the service alive.

There was no infrastructure team, so we used AWS cloud. Since we didn’t have an infrastructure experts, our leaders allowed us to use Managed Service from AWS. If you have any familiarity with AWS then you must know using Managed AWS Services quite expensive but worth your time. I’m not sure I’m allowed to talk details about the dev stack here, but for the sake of privacy better not. But I can tell for sure team-leader was a great guy, I have learned a lot of things from him. Originally he was a mathematician and damn its really good to work with people who has mathematical thinking. The conversation was always optimized and very smooth. Even though Korean is not my mother tongue, he could understand me very well and I could understand him clearly. Other members of the team were similarly smart and insightfull.

HR(Human Resource) people were very professional and friendly. They work very hard and ready for call, as I know they had worked from the company (means not WFH) even in the worst situations of the covid pandemic.

As a conclusion my experience at Kakaopage was very positive. That is the company where developers can have a long and happy live. By learning new things everyday and receiving one of the great wellfare service that any company can provide. As I have mentioned above the team members and leaders were very smart and friendly. Sometimes I wondered why everything goes so well and smooth. Yeah, I was very much surprised that couldn’t see any irritating people around.