There are three elements of resources exists in Kubernetes, which are: CPU, Memory and Disk. By default 0.5CPU, 256mi resources are allocated per container.

As it is depicted above in pod-definition.yaml file, we can request specified resources necessary to our container. CPU’s minimum count can be equal to 0.1 which is equal to 100m (m stands for milli). 1 count of CPU equals to 1 vCPU (in each cloud).

If pod exceeds the limit, then kubernetes throttles the CPU but if memory goes beyond the limit constantly then pod is terminated.

Taints are applied to nodes, tolerations are applied to pods. This is how the overal structure of taint declaration looks like “kubectl taint nodes node-name key=value:taint-effect”. Here is example case:

Taint-effecte can have following three values:

Here is how the toleration is added to pod definition file:

double quote must be used for the values

Node can be labeled as follows:

Sometimes two services need to work together, for example web-server and log-agent. In this cases we must have a two containers in a single pod. To do that we can add multiple containers under the spec of pod-difinition file.

There are three type of patterns of multi-container pods are there:

Pod may be in following conditions:

to check the pod condition try kubectl describe pod command. When the kubernetes cluster sees the condition Ready it considers the pod is fully ready and goes to the next step. Next step means the end-user http requests may start flowing into the pod. But It loading the container doesn’t mean the service has fully started and ready functioning. It may cause user request misses. In order to avoid this readiness probe has been introduced which is responsible to let the kubernetes cluster know about status of the pod.

In above example Kubernetes performs test on /api/ready controller until it returns positive response. Additional options that are added under readinessProbe as follows: 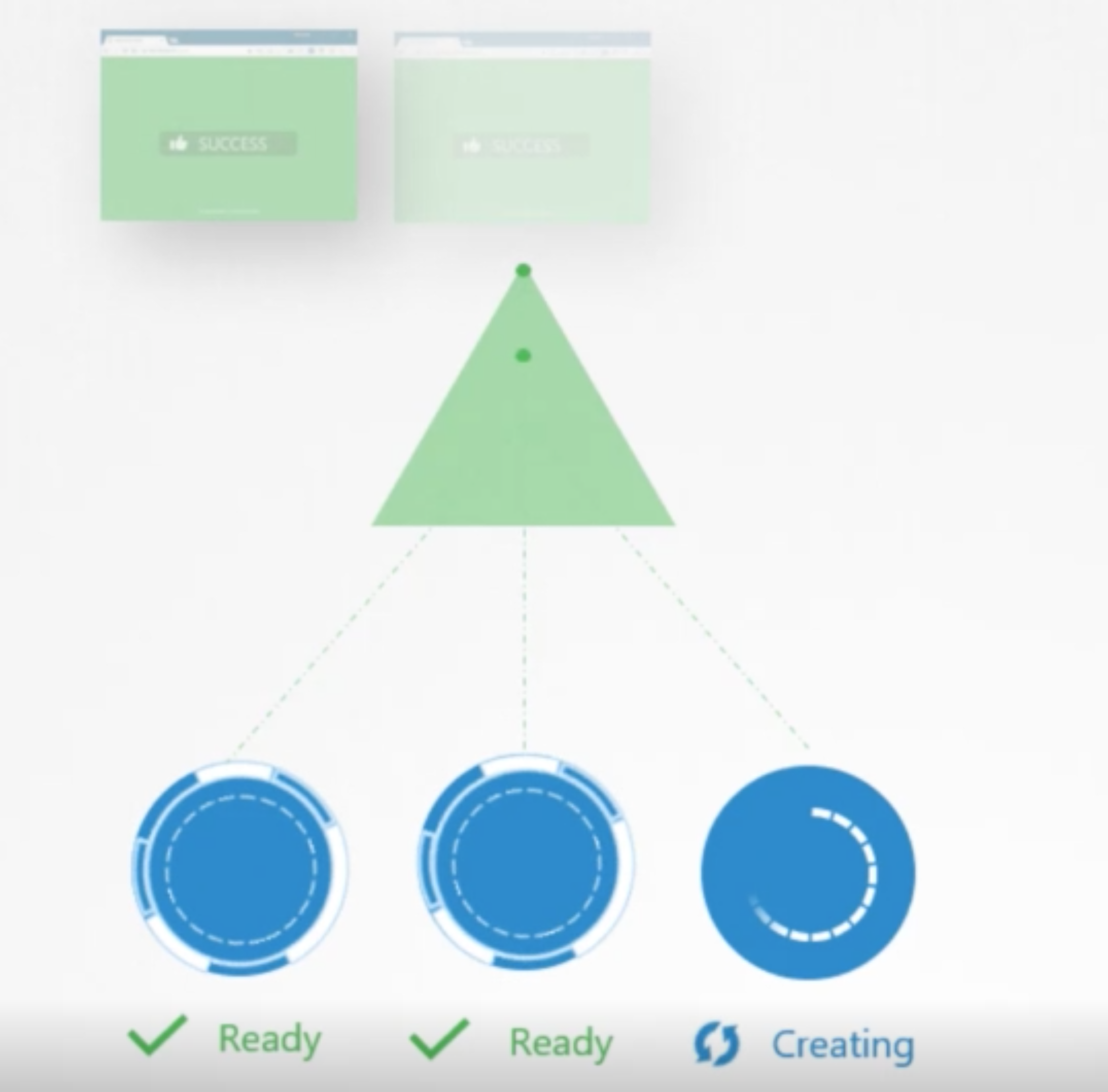 Not sure how this one works !

If there are multiple containers under the pod, then it shouldd be mentioned

For the sake of usage example we talk about “Metrics Server” monitoring solution (other solutions can be used instead: ELK, DATADOG, Prometheus, …) which works IN-memory.

Kubernetes runs kubelet agent on each node. Kubelet inside uses cAdvisor agent that collects performance logs from pods. metrics-server can be checked out from github (https://github.com/kubernetes-sigs/metrics-server.git) and deployed as a pod on a kubernetes (kubectl create -f deploy/1.8+/)

when the metrics-server is installed, we can see the performances of the nodes by using following command:

To see the rollout status information about deployment following command can be used:

There are two types of deployment strategies

To rollback the deployment do the following:

In order to have a persistent disk we can mount image’s storage with a host storage as follows:

It works fine and as planned in case of single host, but if we have multiple hosts then /data folder will be on the host which helds the pod. So it may cause some issues for us later when we need to collect stored info from /data.

That is why distributed file-systems are widely used, here is example of usage AWS-EBS: