Some usefull collection of notes regarding to Java memory management has been collected. You can refer to some of them for quick remainder

We have to be careful with escaping references, which allow to caller object do mutation operations over a controlled object. Escaping references can be protected by covering the class with interfaces. For example, the original class has getObject, setObject methods. But we can cover this class with the interface where the only getObject method will be declared. That way user can’t call setObject method directly. This is a basic trick used for protecting object and make it as a read-only object.

When the two strings are created under the same scope two strings are same, then Java is smart enough to create the only single object and share the reference between those two objects. It is called internalized strings, shown below:

Generally, it happens with literal strings that are defined statically. Java stores them inside the string pools. If the string is coming out as a result of some calculations, then it is not the case.

Separate the objects located in the heap into partition of young and old generation based on their time of allocation. Depend on the age of the object it can move older generation partition. 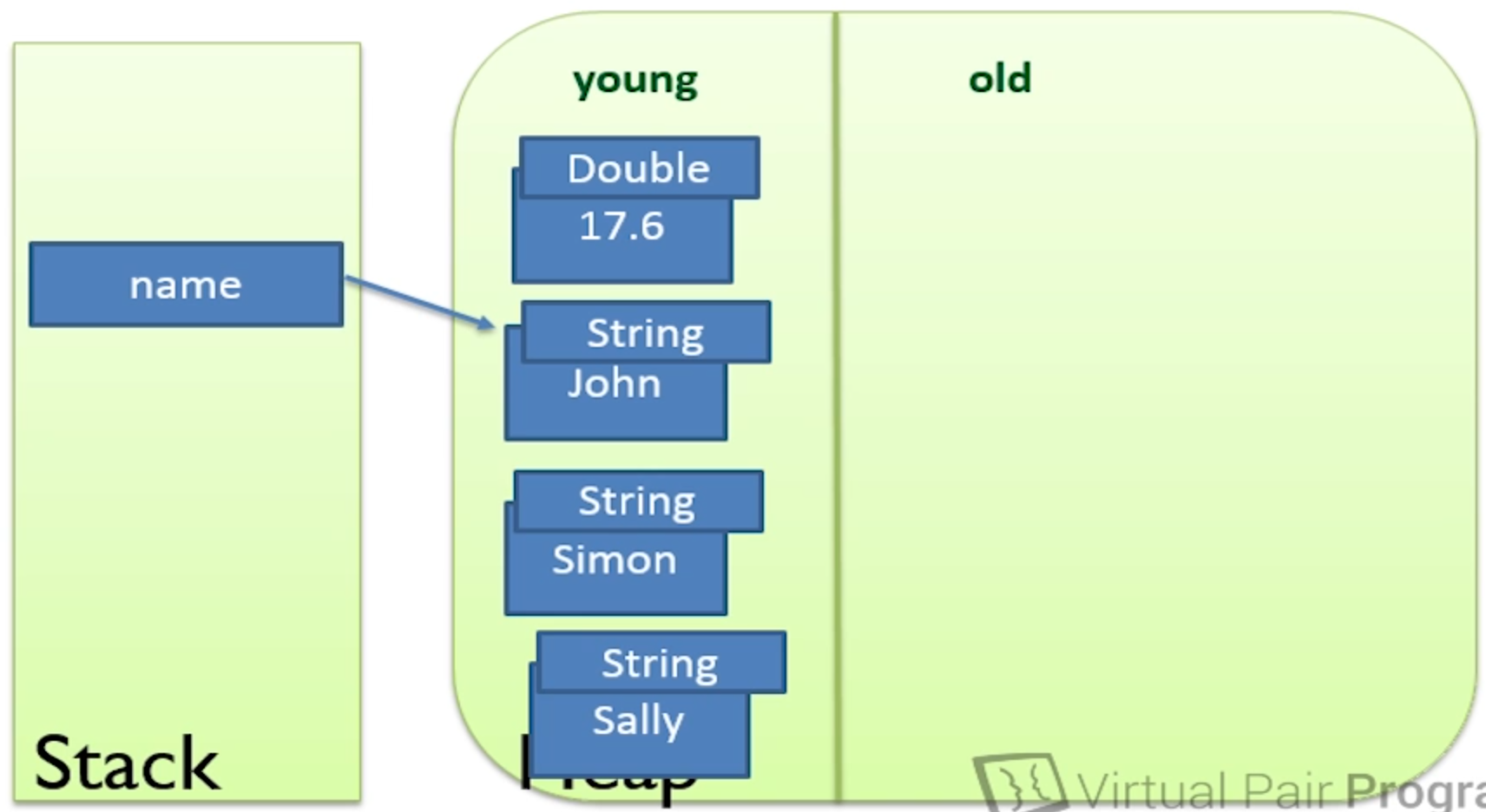 GC operation starts with different interval on those partition. For the older generation the GC process runs has bigger interval (Major collection) compared to younger partition. Major collection could take few seconds rather than a fraction of the seconds. The behavior of the GC can be visualized by using jvisualvm tool, by installing Visual GC plugin.

Some System and Runtime tricks

System.gc() is the method that suggests the GC to run and do some cleanup. Since it is just suggestion there is no guarantee that GC will run.

Runtime.getRuntime().freeMemory() is the method that returns long type with remaining memory (in KBytes) allowed to use for current application.

finalize() is the method that is called by GC before disposing the current object from the system. It is also ambiguous to use, because if we create about 1000s objects and then close the scope to let GC do its job, not all of them may be removed from the system right away. As I understood it is unstable to use finalize(), especially for closing some database connections, could cause a big problem!