Till now there is no official guide to import existing aws resources into CDK Stack. By searching AWS CDK docs you may find confusing messages about this fact. For example dynamodb docs has a title which says “Importing existing tables”, but deep-dive can reveal that it has limitations. As an example we can check out dynamodb related part. It says we can only create ITable kind of resources which is a bit different with original Table class. With ITable class we can do some operations over existing resource but they are limited. To my knowledge, CDK does not allow appropriate way of importing existing tables. I have discovered some walk-round by using CloudFormation feature.

At some point CloudFormation released new feature which allows import of existing resources into a CloudFormation Stack. There is a good blog that walks through how to use that feature. It can be done from aws console by selecting an existing cloud formation stack and clicking Stack actions -> Import Resources into stack. 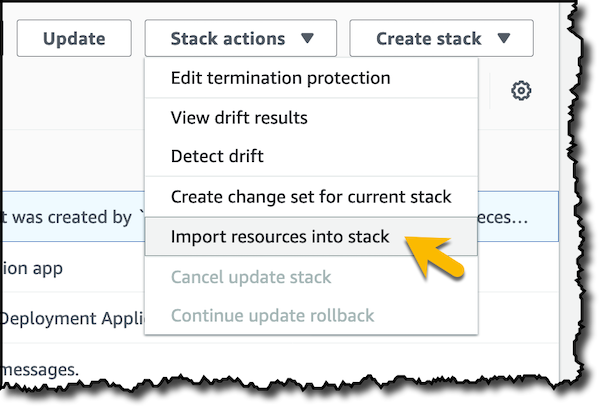 Then we can upload CloudFormation template json file which contains list of resources we are intended to bind with CloudFormation. 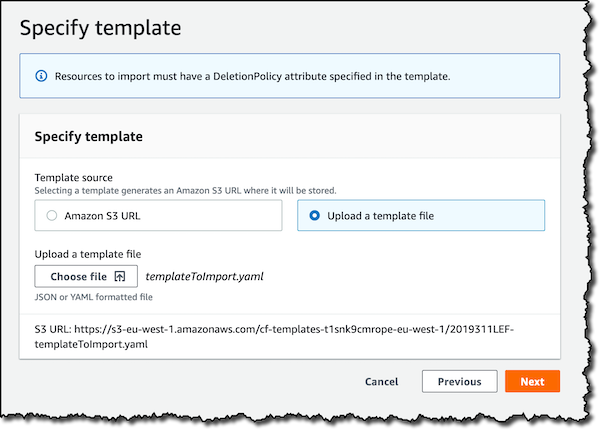 After building CDK we get CloudFormation stack template file, we can perform the same operations on that file.

Te be safe it is advised to set DeletionPolicy to Retain for all new resources. That way even if something goes wrong with our import, we can make sure our existing resource stays.

I guess this walk-round is temporary, until AWS comes up with full working solution that works right from CDK.